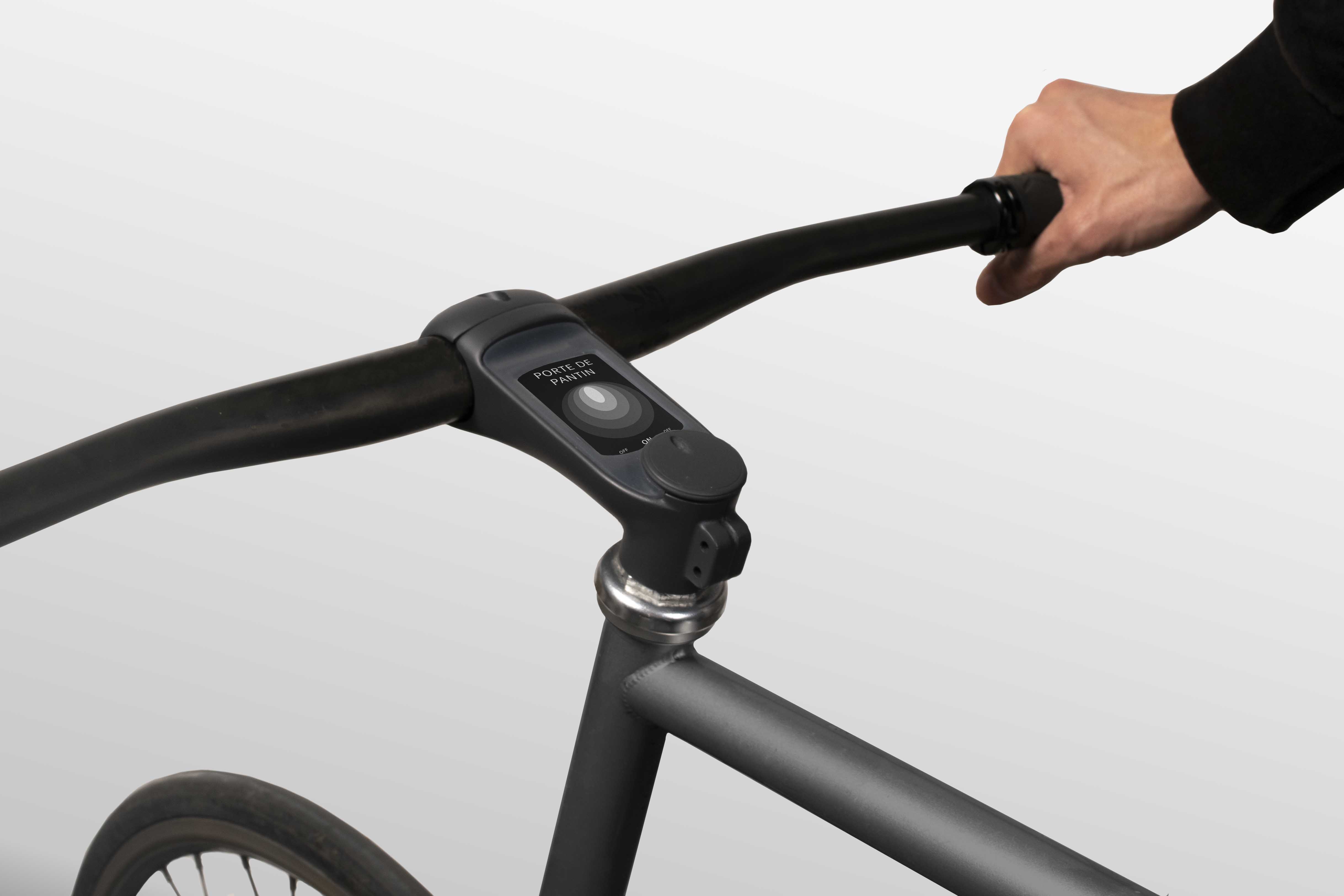 Pode is completing the applications traditionally used by cyclists on their smartphones.

The graphical interface is incounspicuous thanks to an E-paper screen.
The range is declined in two versions:
A first one for street use -dark one- works on battery and can be used as a personnal stem to guide the user or can be linked to an E-bike. A second one for countryside and exploration -kaki- which guides and stores electricity: from a dynamo to an usb plug.

The body is made in aluminium cast and its design takes in consideration the size of an industrial screen. The mold has been designed and tested in a steel workshop.